Why is Türkiye Signalling for a New Anti-PKK Operation in Syria?

The Turkish operation preparations continue as Ankara clearly demands from Finland and Sweden, the Nordic states, to cut their ties with the PKK, a terror group.

While Türkiye has long been a NATO ally, it has quite often found itself alone in fighting cross-border terrorism that emanates from Syria.

Ankara’s Atlantic allies have turned a blind eye to the presence of PKK, a terror group, whose Syrian offshoot YPG controls territories in northern Syria close to the Turkish border.

“We are also starting to take new steps regarding the missing parts of the work we started to create safe zones at a depth of 30 kilometres along our southern borders,” Erdogan said, referring to the upcoming operation and previous Turkish military actions in northern Syria.

Türkiye has also indicated that it will not allow Sweden and Finland to enter NATO as long as the Nordic states do not cut their ties with the PKK. Ankara and Washington also have serious disagreements over the US backing of the YPG and its denial of ties between the PKK and YPG.

With the upcoming operation, Türkiye aims to secure possibly all areas under the YPG/PKK control close to border regions, according to experts. The PKK, which is recognised as a terror group by the US, Türkiye and the EU, is responsible for tens of thousands of deaths including children and women.

“Türkiye’s military bases, deployed 30km deep from the frontier, cover approximately 70% of the Syrian border. However there still exists a patchwork of fields under YPG control,” Pehlivan tells TRT World, referring to Ankara’s previous operations against the YPG/PKK.

Which areas are primary targets?

“Tel Rifaat comes forward as one of the probable targets pronounced by Türkiye since the Operation Olive Branch,” says Pehlivan. The Assad regime also wants to take over Tel Rifaat, an area, which is located between Turkish and Syrian-held territories in northwestern Syria.

The area is cut from other YPG-held territories and is crucial for Türkiye to strengthen its positions across territories captured during its Olive Branch and Euphrates Shield operations.

“All the remaining northeastern border areas in Syria east of the Euphrates River can also be targeted during the Turkish operation. Those areas include Ayn al Arab and Ayn Issa,” Pehlivan says. He also believes Turkish forces might target Manbij, a strategic location west of the Euphrates.

“The areas that are the centre of frequent attacks on our country and our safe zones are at the top of our operational priority,” Erdogan said on Monday. Tel Rifaat is one of those areas which the YPG uses to launch attacks against both Turkish-held areas and Türkiye itself. Jarablus and Tel Abyad are some areas, against which the YPG launches frequent attacks.

Also Turkish-held border towns, Tel Abyad and Jarablus, have been frequently targeted by the YPG, as a result, the prospective Turkish operation might seal territories between the two strategic locations.

Pehlivan also reminds that the YPG has not fully withdrawn from areas about 30 kilometres south of the Türkiye-Syria border in accordance with the agreements Ankara, Moscow and Washington previously reached. 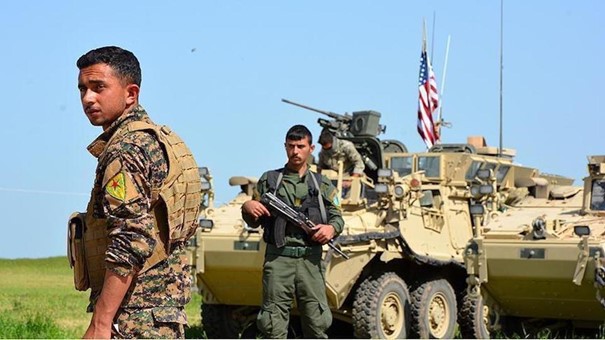 Syria and to Turkish territory. For example, its recent mortar and MLRS (Multiple Launch Rocket System) attacks on May 13 were launched from the Ayn al Arab region,” the military analyst says.

“Totally securing its Syrian border should be considered as Türkiye’s reasonable and legitimate concern,” he adds.

YPG recruits most of its members from the Kurdish population in northern Syria, which neighbours Türkiye’s predominantly Kurdish-populated southeastern region. Ankara thinks that a YPG consolidation, militarily and politically reinforced by the US, across its border poses a grave danger to Türkiye’s national security interests.

After the US-led intervention against Daesh and the creation of the US-backed SDF, a political front that Ankara says was created to hide the YPG/PKK cadres within its ranks, the terror outfit was able to control large areas across northern Syria including predominantly Arab-populated regions like Raqqa, threatening Syrian integrity.

“The relationship between the PKK and YPG is real and its very existence is a threat to both Turkish and Syrian cohesion,” says Kamal Alam, a military analyst and a non-resident senior fellow at the Atlantic Council.

“The terror aspect of the PKK is well established and without doubt. The US has had a failed Syria strategy from day one and ignoring the PKK-YPG connection serves the purpose of continuing to use proxy groups as a leverage against both Türkiye and Syria,” Alam tells TRT World.

Experts argue that if Türkiye secures the troubled areas on the Syrian border, the overall security scenario in northern Syria will improve. It’s a complicated region with different armed groups from the YPG to Daesh and Al Qaeda having ruled it from time to time.

Increasing stability across northern Syria can also support voluntary repatriation of many Syrian refugees living in Türkiye, according to Pehlivan. By establishing more safe zones in northern Syria, Türkiye aims to resettle some of its large refugee population.

Political Party Leader Success in Turkey
How successful do you find the following politicians on a...