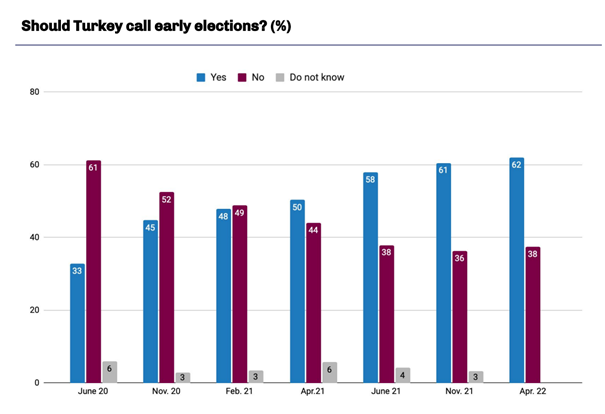 There is a difference of opinion among the MHP voters, another member of the People’s Alliance. Half of this group wants early elections, while the other half expresses a negative opinion on this issue.