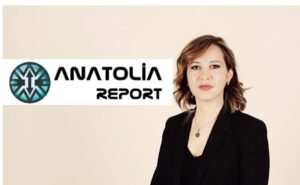 Since the declarations of the President of the United States Joe Biden on a possible attack by Russia in Ukraine, the whole world is currently focused on a region of high strategic importance known as “the Black Sea”. Russian President Vladmir Putin’s history lesson and tussle during his last speech has been the announcing of the Russian attack following the multiple provocations. Thus, the Ukraine Crisis has once again inflamed the passions of international politics and the news.

When I wrote my doctoral thesis in 2010, titled “Black Sea New Geopolitics Creating New Zones for New Conflicts”, I pointed out the dangers and possible conflicts of destabilization of the region due to its highly strategic geographical location and its natural energy resources that are of great importance on a global level. And now we are right in it…

To understand the interest of the United States and Europe, it is necessary to know the issues of the region. First, it should be noted that it is not trivial if the United States appointed its former Ambassador to Russia William Burns, Chief of the CIA (Central Intelligence Agency). The United States started the tensions around Ukraine by holding NATO exercises in the Baltic countries, Poland and Romania and using Greece as a base. The aim here is to limit the Russian influence and to maintain an American unipolar order, to stop the shift of the world’s economic, political, and military centre of gravity across the Atlantic towards the Asia-Pacific region, which continues to increase with the passage of time.

To continue Russian President Putin’s history lesson and raise the awareness of international opinion, a very brief presentation of the region is essential.

The Black Sea region is composed of the maritime and coastal territories of its six littoral states (Turkey, Russia, Ukraine, Bulgaria, Romania and Georgia). The Black Sea covers 436,400 km2, with Turkey being the country with the largest coastline (172,484 km2). The name Black Sea is an entire story in itself.  The Black Sea was deemed as unnavigable and was called “Axenos”, (inhospitable) because of its wintry storms and the ferocity of the tribes that lived around it, particularly the Scythians who were known to sacrifice strangers. The name Black Sea (Kara Deniz, in Turkish) was coined by the Ottoman Turks in 1630s and according to Paul Rycaut, Ambassador of Charles II, King of England, “Turks called this sea famous with her storms and darkness, Black, because in 1660 Ottoman Empire’s Navy lost 28 galens and hundreds of Levents (sailors) in a stormy weather”.

The Black Sea was for centuries the battlefield between the Russian Empire and the Ottoman Empire, with the latter losing the Crimean Peninsula.  But the newly formed Turkish Republic was able to maintain its full control over the Bosporus and Dardanelle straits – the gates to the Black Sea with the Montreux Convention in 1936. Since its ratification, the Montreux Convention has significantly helped to maintain regional and international peace. Even during the most difficult times of the Cold War, there were no armed clashes in the Black Sea. Therefore, the ‘Canal Istanbul’ project which will counter the Montreux Convention is a very dangerous project for regional security.

The Montreux convention has made the Black Sea a closed military theatre ever since, and at present Turkiye and Russia have both taken the position  of  maintaining  this  status  quo, though for different reasons. Turkiye has argued strongly to retain the convention in order to preserve its role as the region’s major NATO member and to preserve its independence; and Russia has done so in order to prevent the militarization of the Black Sea, as it is fully aware of its inability to match a potential U.S. presence there.   The   role   of   strategic   energy   resources (hydrogen reserve, natural gas, uranium, titanium, iron, mercury) and   their transportation also plays an integral part of this strive for the status quo.  Keeping the U.S. out of the Black Sea is made possible by the Montreux agreement which limits the number of non-Black Sea states navy vessels and limits their presence in the Black Sea to no longer than 21 days at a time. At present neither Russia nor Turkiye have the ambitions to renegotiate the Montreux agreement as it maintains the status quo in what has been called “a Turkish-Russian lake”.

Since 2009 Turkiye and Russia are strategic allies and even if Turkiye cooperates with Ukraine, the balance will always be in favour of Russia. In this new politico-strategic conjecture and within this new diplomatic climate between Russia and Turkiye, it must be a strange twist of history that Ukraine, once a die-hard communist and a close ally of the Soviet-Union, now pursuits a fervent anti-Russian campaign and engages herself to pro-western aspirations. Equally strange is the unholy alliance between the Republic of Turkiye, a NATO member and a disillusioned EU aspirant, and the Russian Federation. Add to this the anomaly of the position of Odessa. Once a stronghold of sterile Ukrainian Bolshevism, it is   now   going   back   to   her   roots   of ‘Mediterranean’ Cosmopolitanism inspired by Cardinal Richelieu.

Russian President Vladimir Putin has signed the presidential decree recognising the independence of the separatist regions of Luhansk and Donetsk in eastern Ukraine. Following the official request of these separatist regions, for military intervention to ensure their security, Russia launched its attack against Ukraine. It is important to note that Russia has carefully implemented its military intervention strategy.

Ukraine is a victim of external provocations, a highly geopolitically strategic country which should have learned from the past, particularly from the war in South Ossetia. A State is not a comedy film set; the Head of State must assume his responsibilities at the highest levels for the interest of his country. Ukraine wishes to join NATO to block against Russian military power but is NATO, who is already in deep trouble, able to compete with Russia? We have seen in 2008 with the South Ossetia War that NATO is not acting as a single and united entity and is not prepared to intervene in armed conflicts in the Caucasus.

In order to re-ensure peace and security in the Black Sea region Turkiye should maintain its impartiality except for Ukraine’s NATO membership, which must be avoided.  Turkiye has full responsibility for applying the clauses of the Montreux Convention and ensuring that other countries respect it. The escalation of the war will have adverse consequences for Ukraine, which has a bankrupt economy, and neighbouring countries as well as for the European Union. Mediation and reasoning between the two countries is necessary to avoid the intervention from all outside sources. In the current situation, a new Yalta Conference seems to be an alternative way of negotiation for Russia.

Any provocation prevents conflicts resolution through diplomacy. Turkiye and Russia are civilizational states that have a millennial history rooted in the region, the new States that wish to dominate the world must understand that the Black Sea is “Axenos”.