Would You Support a Non-Partisan Candidate in The Presidential Elections?

Would You Support a Non-Partisan Candidate in The Presidential Elections? 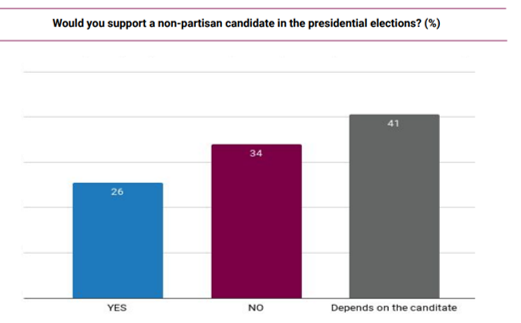 Presidential elections are approaching. Although a definite date for the election has not been given yet, eyes are on the Nation Alliance. The opposition candidate that will face Recep Tayyip Erdogan seems to determine the fate of the election. In particular, the names of Kemal Kılıçdaroğlu, Meral Akşener, Ekrem İmamoğlu and Mansur Yavaş were mentioned as possible candidates in this process. While it remains a matter of curiosity who will be the opposition candidate, we conducted a research on the four names that were talked about as candidates for the Presidency for the February 2nd issue of the Turkey Report. According to the results of the survey, it is seen that Mansur Yavaş is the strongest candidate from these four names against Erdoğan in the second round. In the scenario where Yavaş is a candidate, it is seen that he surpasses Erdoğan at a significant rate of 16%, while in the case of Kılıçdaroğlu’s candidacy, this rate drops to 2%.