How successful do you find the following politicians on a scale of 1 to 10? 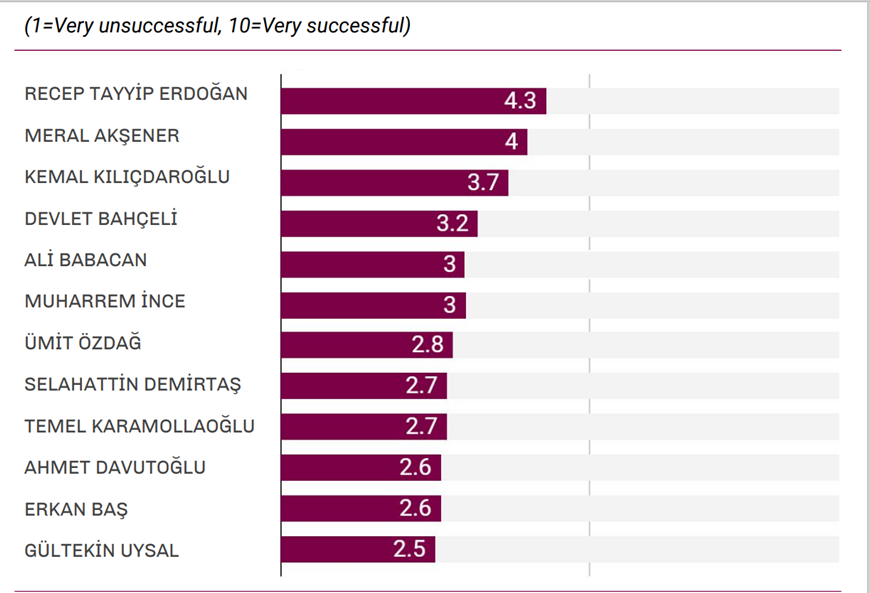 Every month, we ask our respondents to rank the Success Score of Politicians in order to measure how successful the society finds the party leaders.

Victory Party leader Ümit Özdağ, who achieved a success score of 2.9 with an increase of 0.4 points last month, had a 0.1 point decrease in his success score in June. 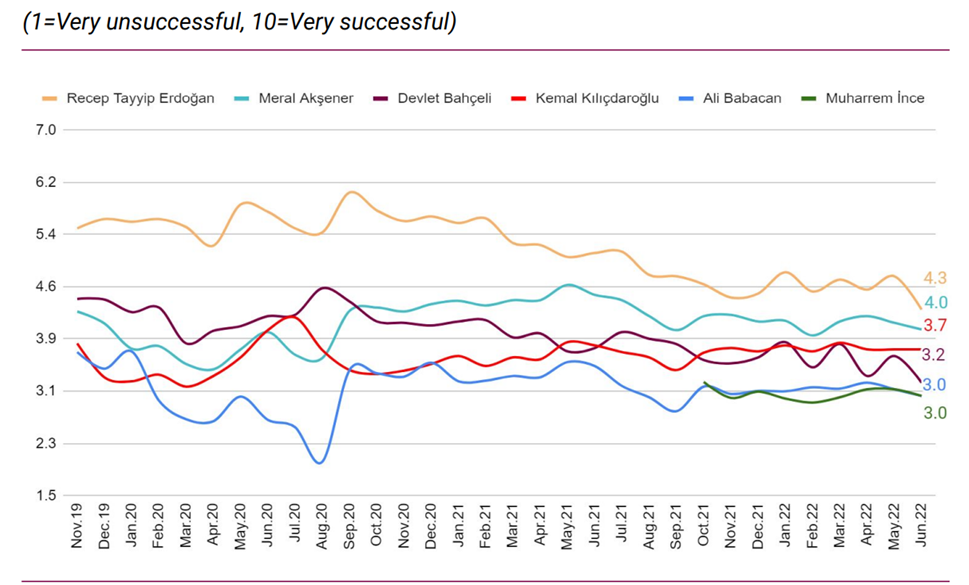 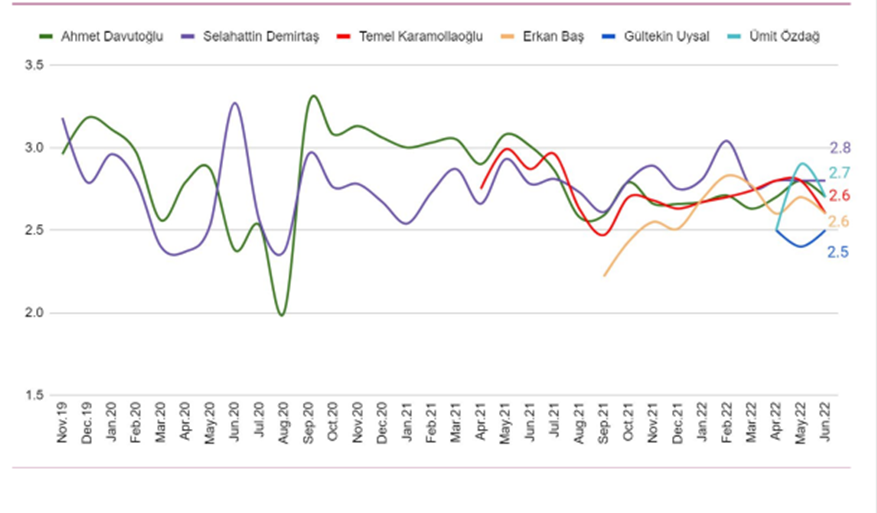