Dr Binhan Oğuz: The Peasant is the Master of The Nation

Dr Binhan Oğuz: The Peasant is the Master of The Nation 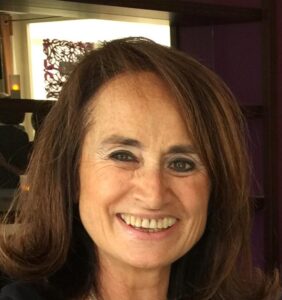 Since late 2019, the coronavirus disease (COVID-19) has rapidly spread all over the world, challenging the sustainability of global agri-food markets and we understood better Mustafa Kemal Atatürk who said with a unique vision; “the peasant is the master of the nation” by emphasizing the importance of agriculture and agricultural production for this country. Although its full impact on agricultural and food markets is not yet obvious, it seems evident that the world and agriculture expected to develop under the shadow of global warming, climate change, COVID-19. It could be expected also, that similar epidemics offer new opportunities for Turkey; will Turkey be able to maintain its leadership in products such as hazelnuts and figs, cherries, sour cherries, spices, pistachios, figs, lentils, table grapes, which are among the top 20 in world production, and can feed both itself and other countries? As the fresh fruit and vegetable is dealing with large masses of people as producers/gardeners, producer associations/cooperatives, carriers, warehouses, intermediaries and brokers, packaging companies, packaging sector, wholesale and retail traders, exporters and consumers, observation within an international perspective has a great importance; given the extent of globalization today, it is not very meaningful and sufficient to evaluate the competitive position of a Sector, only on one country or region base.

AGRICULTURE MAINTAINS ITS STRATEGİC IMPORTANCE WITH ITS CONTRIBUTION TO ENSURE SAFE AND SUFFİCİENT FOOD PRODUCTION.

According to the FAO’s (Food and Agriculture Organization) 2030 projections, the world’s food need will increase by 50%; the agriculture / fruit and vegetable sector has a strategic importance in terms of sustainable, safe and sufficient production to meet the nutritional needs of the increasing world population; as a leading country for many products in the world, the Turkish agriculture/fruit and vegetable sector is a strategic sector that needs to be competitive in terms of both the healthy nutrition of future generations and the power created against the problems such as global food security forecasts until the 2050s. Indeed, Turkey needs to plan to increase the production of fruit, and vegetables and stay among the global food suppliers.

In this context, the food security of future generations in the world occupies an important place on the agenda of public and politics decision makers. The agriculture/fruit and vegetable sector is of particular importance in terms of its contribution to the priorities of the next 10 years: -Healthy diet and food -Prevention of food loss -Sustainable production and consumption -Procurement and cost that will guarantee the consumer’s healthy nutrition Agriculture which is a key sector based on 100% domestic added value, has a great importance especially in women and youth employment and also keep its importance with the high synergy connection with other sectors. Production of agricultural products is directly linked to many sectors such as food and beverage industry, storage,  transportation, wholesale and retail trade, HO.RE.CA sector, and its contribution to the economy is considered to be around 30% in total. Given the fact that agriculture is a remedy for Turkey and world food security, for female and youth unemployment and has a big contribution to the economy it is very important that the roadmap be drawn jointly by public and producer representatives, as in EU countries, in order that the sector remain a global player.

It is evident that the global pandemic has affected Turkey’s agriculture export in many ways because on the one hand, the coronavirus seems to help liberalizing agri-food trade. But on the other hand, as is common in times of global crisis, some countries have started to close their borders in the fear of decreased domestic supplies. For example, we have seen that it is difficult to realize the export target of 4 billion dollars set for 2023 for the Strategically important Fruit and Vegetable Products Sector, equipped with privileged features. How did we come to this conclusion? We learned from the Turkish Exporters Assembly (TIM) statements, that the annual export of fruit and vegetable products has barely reached 1 billion 683 million dollars in 2020. How far has Turkey show, compared to the world, that it can build more productive, sustainable and inclusive economic systems after COVID-19? Will the recovery and revival come from the country’s great wealth: from its agriculture?

Although Turkey is the leader in the world’s fresh fruit and vegetable production thanks to its fertile and wide agricultural areas suitable for production and the ecological differences of different regions, the ratio of exports to production remains low compared to its potential. The agricultural sector, which has a great importance in the Turkish economy, needs to increase its competitive power in order to increase its foreign trade as its potential in production.

In addition to products such as hazelnuts and figs, cherries, sour cherries, figs, lentils, table grapes, which are in the top 20 in the world production, Turkey is in the 7th position in the in the global export of citrus fruits. Looking at the world citrus leaders, Turkey, which ranks fourth in world tangerine production with a production amount of 1 million 40 thousand tons, ranks 14th in the world in total exports.

World production of tangerines (considered the mother of the genus Clementine and originating from Asia) and clementine (smaller in size, hybrid and originating from North Africa) is approximately 24 million tonnes, or 760 kg per second. Tangerines ripen between October and January, while Clementine is mostly harvested in January and February. It is known that tangerines are gradually replaced by the genus called clementine in the world market. The main producer is China, followed by Spain, Brazil and Japan.

Tangerine/Mandarin is the most produced citrus species after orange in the world’s total citrus production. For this reason, ways to increase tangerine/mandarin exports will definitely be taught and found. It seems rational for companies of tangerine/mandarine exports to turn to markets where political crises are not/are experienced less frequently in the world and where purchasing power is high. Today, Turkey exports mostly to Djibouti, Montenegro, Tajikistan, Turkmenistan, Ukraine and Afghanistan.

It is learned that small sized tangerines are under pressure in global markets. Thanks to the good growing conditions at the beginning of the season, it is said that these sizes are abundant in producer countries such as South Africa.

Although transportation problems and labor shortage continue to hinder the production of tangerines, no successful country leaves anything to chance. Netherlands, remains a stable tangerine market under pressure for all sizes, large and small. Belgium, on the other hand, is a struggling market. While North America had a tough season for tangerines last year, China seems to have made an early start to the tangerine season. According to industry officials, the United States is feeling increased competitive pressures in Canada and the EU from Peru and Chile. On the other hand, the most important problem for growers entering the citrus season in Australia is the workforce, and the most important reason why tangerines remain on the tree before they can be harvested is the federal government banning foreign workers from entering Australia due to COVID-19. Being the leader in citrus fruits in the region, 50% of Turkey’s exports are to countries such as Russia and Ukraine, and citrus fruits are also sent to the Middle East, Europe and Turkic Republics. Regions such as the Near east and North Africa import more than half of their national food demands, and it can be considered that Turkey’s competitive power is high, as there is ease of entry into the market in countries where imports of fresh fruits and vegetables are growing. It is not clear whether Turkey, which is the 14th in the world’s tangerine exports, will make a breakthrough in citrus fruit, but the fruit and vegetable products sector, which has the privilege of having a very low dependence on foreign raw materials against Turkey’s current account deficit problem, to review the sector export target of 4 billion dollars in 2023; indeed, it is extremely important to present a roadmap equipped with new action plans.

Today’s and tomorrow’s agriculture is subject to changes; it is not surprising for nobody to say that agriculture is one of the most unpredictable sectors; farmers, food processors, retailers and virtually all stakeholders of the sector in the word and in Turkey now wonder what is coming next. The crisis of post-pandemic inflation, which spread throughout the European Union, etc., has increased the possibility of entering into a second recession and the effects of the crisis that may be experienced in the EU, Middle-East and North African markets in the following years have brought different dynamics of change. How much should farmers produce to meet summer demand? What should Turkish farmers do with the stocks and losses? How will family farmers survive? How much should they sell and to whom for export? Within the framework of these new factors, examining Turkey’s competitiveness in export target markets on the basis of agriculture, fruit and vegetable sub-sectors is strategically important; Turkey is expected to identify the obstacles that prevent the sector from being a sustainable and global player. Considering the problems that the world and Turkey are going through today, the savior role of the magnificent agricultural wealth can be better understood.

Supporting agriculture, will be appreciated also by our close European neighbors because the agriculture offering a solution to current account deficit and unemployment, can, by the way, prevents the migration of young people, looking for a job into the EU. Briefly, the one who makes ‘the peasant the master of the nation gains’….