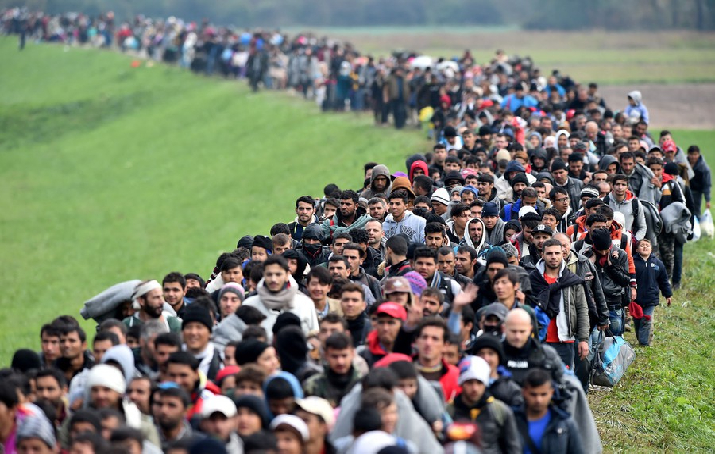 The first Syrian refugees fleeing conflict and violence in their home country began arriving in Turkiye ten years ago as a trickle soon became an influx. Today, Turkiye is home to more than 3.6 million   Syrian refugees, who constitute the vast majority of over 4 million refugees and asylum seekers currently living in country, making Turkiye the world’s largest host of refugees.

According the World Bank, magnitude of the refugee influx is nothing that Turkiye could have prepared for. With as many as 98.5% of Syrians under temporary protection (SuTPs) now living out of camps in many cities and towns. With the help of the World Bank and the European Union, the Government of Turkiye unleashed a wide-ranging response to cope with the refugee crisis. The response has been underpinned by the principle of improving lives and livelihoods not only of the refugees but also of the Turkish communities that host them, in urban and rural areas.

Refugee influx has initially been regarded as temporary and Syrian refugees are seen as “guests.” Especially after the influx in 2014–2015, however, the positive emotions began gradually fading and some started to pronounce refugees as “overstaying guests.” Eventually, perspectives have shifted from short-term protection and humanitarian assistance to longer-term social and economic rintegration of Syrian refugees.

Turkiye has faced large migration flows from across the Middle East region in the past—Iraqi Kurds, Bosnian Muslims, and Afghans, for example—but never before in these numbers, or for this extended period of time.

Lack of clarity and communication on refugees’ status Syrian refugees in Turkiye are becoming increasingly disillusioned by the lack of clarity regarding their legal status in Turkiye and consequently their future prospects. One of the biggest impediments to the social integration of Syrian refugees into Turkiye has been the inability to get work permits. A new legislation to grant refugees work permits was adopted in January 2016.

Lost Generation – the recruitment pool of the extremist groups

As mentioned in many research studies, there is no dramatic upsurge in the rate of criminality in areas with high numbers of Syrian refugees. However, there is the potential for ghettoisation, criminality, and even radicalisation to increase in the future if social integration efforts fall short of providing refugees with a sense of belonging and purpose feelings of purposelessness among Syrian youth, at risk of becoming a ‘lost generation’, on top of economic insecurity, are among the main reasons which may lure Syrian youth to extremist organisations. This high risk is inevitable, a concrete sustainable migration policy seems to be a necessity for Turkiye in order to pre-emptively drain the recruitment pool of the extremist groups and organisations before it becomes a serious threat.

Despite media coverage on some cases of “voluntary return” and those who were issued citizenship, the number of Syrians under temporary protection in Turkiye has been increasing day by day according to the data updated by Directorate General of Migration Management. It is evident that the average 465 Syrian babies who are born in Turkiye everyday have an effect on this increase, as well as the ongoing border crossings. It can be noted that this is a serious demographic change for Turkey.

According to International Migration Office the number of Syrians under temporary protection in Turkiye is 3,643,870, as of August 2019. This figure shows that, with an average family size of 5.8, there are around 620,000 Syrian households in Turkiye. As of August 2019, Syrians correspond to 4.44% of Turkiye’s 82 million inhabitants. KAS report, mentioned a notable “social shock” aroused as the Turkish community came face to face with more than 4.1 million refugees, amounting up to 5% of the population.

However, it is necessary to acknowledge that as a result of the social shock the level of social acceptance in the Turkish community has gained its limit.

The demographic change is also driven by high birth rates among refugees, suggesting that there will be a second generation of Syrian refugees in Turkiye that will further shift ethnic and sectarian balances. The high birth rates in decades the Syrian population can comprise % 10 Turkiye’s population. Turkiye’s currently struggling economy; with unemployment and inflation soaring, many Turks blame Syrian refugees for their economic woes.  Moreover, the long-lasting negative impact of increasing social tensions will drive future vulnerability.

The strongest opposition parties, the Republican People’s Party and the Good Party stressed the need for Syrian refugees to return home after the end of armed conflict and when the basic infrastructure for their return is in place. CHP went further, promising to radically change Turkiye’s foreign policy and open new channels of communication with Bashar Assad’s regime to resolve the refugee problem.

“The decision to grant citizenship is a serious issue that shows how Turkiye is governed,” CHP President Kemal Kılıçdaroğlu said in a statement “The goal of this step is not humane, but it is aimed at achieving an advantage for the ruling Justice and Development Party.”

“Everyone should go to their country and live there in peace. They can receive humanitarian assistance there. Help them but not here. I will provide life security for them and will help them,” Kılıçdaroğlu said. In earlier remarks, the CHP leader had vowed to negotiate with the Syrian regime for the return of their citizens and resumption of diplomatic ties between the two countries if they come to power.

The Syrian Refugees problem which is considered by the majority of Turkish population and opposition as a threat for the stability of the conuntry will continue to be bargaining Chips in the next Turkish Presidential Elections.