If there was a general election this Sunday, which Party would you vote for? (%)

– The results are both presented with the 10% undecided votes not distributed and distributed.

₋ The distribution of the undecided was NOT done in proportion to the votes of the parties.

₋ Undecideds were distributed in line with their tendencies by using multiple reciprocity analysis, taking into account the answers given to all other questions by the participants who stated that they were undecided.

₋ Those who stated that they would not vote were equally distributed among the parties. 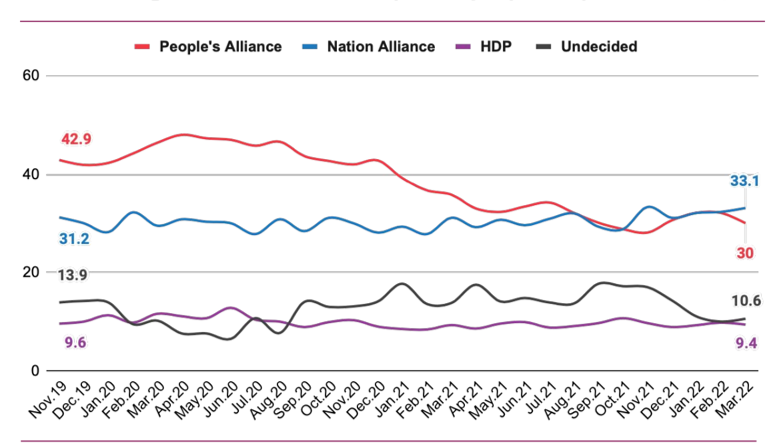 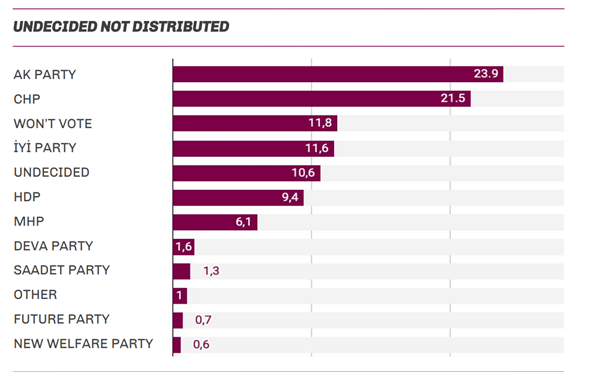 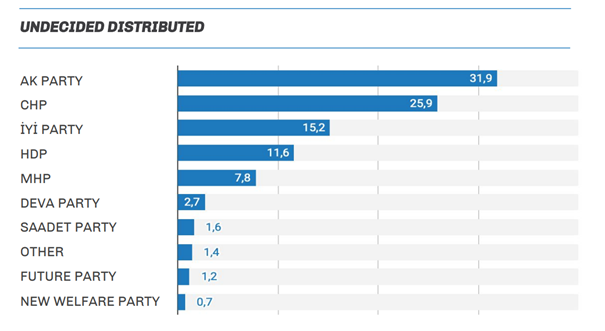 Editor’s Note: Turkiye at the Heart of Global Disorder Challenges
1.575